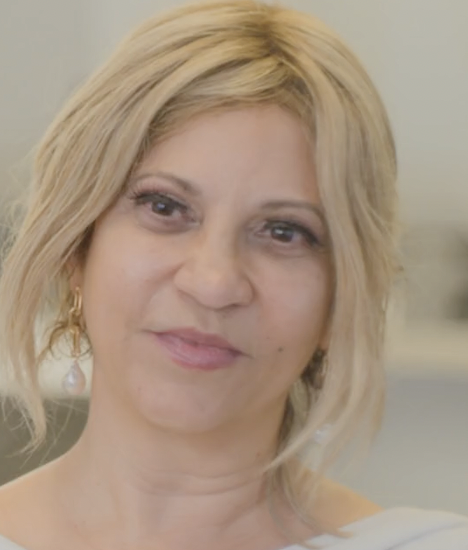 Dr. Dawn Jutla is the Scotiabank Professor of Technology Entrepreneurship, Founding Director (2013,2014-17) and Founder of the Master of Technology Entrepreneurship (MTEI) Program at the Sobey School. Under her leadership, she envisioned and developed the proposal for the MTEI Program in 5 months; the program was approved to start within a year, a record for creation of a university program. She stood up the MTEI program in the marketplace within 25 days of the university receiving its Maritimes Provinces Higher Education Council (MPHEC) approval. She holds Master and PhD degrees in Computer Science from the Technical University of Nova Scotia - Dalhousie University. Her 1996 PhD work in Computer Science on the topic of multi-view access control has been cited in Xerox and IBM US patents. Dr. Jutla is the 2009 recipient of the World Technology Award for IT Software in the Individual Category. She brings 25 years+ experience in the IT industry and Business, experience in IT Sales and administration, a record of R&D, breadth and depth in business and technology courses, significant international and local business Board governance experience, and a genuine interest in the well-being of her students and their and the School’s contribution to the Atlantic Canada economy. Dawn served for 6 years on the Saint Mary’s Board of Governors, and for the same period as a Director on the Board of OASIS, an international standards organization, and 2 years as Department Chair.

Dr. Jutla's current R&D interests are focused on blockchain technologies. She is the 2009 recipient of a World Technology Award in the software category for leadership of R&D work in online privacy. She is the founder of Peer Ledger, a Halifax blockchain company. Her research outputs are cited in Marketing, Management, Operations Research (Supply Chain), Human Resources, Entrepreneurship, Small Business, Innovation and Productivity, Electronic Commerce, E-Government, Information Systems, and Computer Science journals. Her papers are also cited in 11 US technology patents to date. The quality and industrial impact of her research work are evidenced in her World Technology Award, continuous NSERC grant funding from Computer Science while tenured in a Business School, and technical work on the OASIS technology standard-setting committees.

<p>Dawn Jutla is the Scotiabank Professor of Technology Entrepreneurship, and Director and Founder the Master of Technology Entrepreneurship (MTEI) Program at the Sobey School of Business. The MTEI Program was her brainchild. She led its record-breaking&nbsp;development and launch as founding director (Jan-June 2013) and then as program director from 2014-17. Patricia Bradshaw was acting director from July 2013 to June 2014, and then Dr. Jutla ran the program for the subsequent 3 years.</p> <p>An award-winning, multi-disciplinary educator and researcher, Dawn is a T-shaped professional with wide and deep perspectives across technology and business. Over her career, she has taught 28 unique courses, ranging from Data Structures, Advanced Operating Systems, Distributed Database Systems, and Electronic Commerce courses in Computer Science at Dalhousie University, to Systems Analysis and Design, Technology Entrepreneurship, Technology Strategy and Productivity, and Government and Platforms courses at the Sobey School of Business.&nbsp;</p> <p>She holds Master and PhD degrees in Computer Science from the Technical University of Nova Scotia - Dalhousie University. Her 1996 PhD work in Computer Science on the topic of multi-view access control has been cited in Xerox, IBM, and Koninklijke Philips Electronics' US patents. Dawn&rsquo;s subsequent research work, is funded by the Natural Sciences and Engineering Research Council of Canada, in the area of IT architectural design and models for e- commerce/business, government, and online privacy.</p> <p>Dawn served for 6 years on the Saint Mary&rsquo;s Board of Governors, and for two years as Department Chair in the Department of Finance, Information Systems, and Management Science at the Sobey School. She also served as a Director on the Board of OASIS, the US-headquartered and international Organization for the Advancement of Structured Information Standards for the Information Society for 6 years. At OASIS, Dawn convened and co-chaired the international Privacy by Design Documentation Technical Committee for Software Engineers with Ann Cavoukian. Dr. Jutla is the 2009 recipient of the World Technology Award for IT Software in the Individual Category for her research work on tools for online privacy. She also served on the Board of the IWK Health Centre in Halifax, Nova Scotia for 3 years.</p>